The "Musée des Eaux de Vie" is situated in the old coaching inn from Lapoutroie, built in 1832. It used to be the stables. It could welcome 30 horses thanks to the two stables.

In 1986, the building was renovated and today it is the "Musée des Eaux de Vie", ranked the 30th most visited place in Alsace. 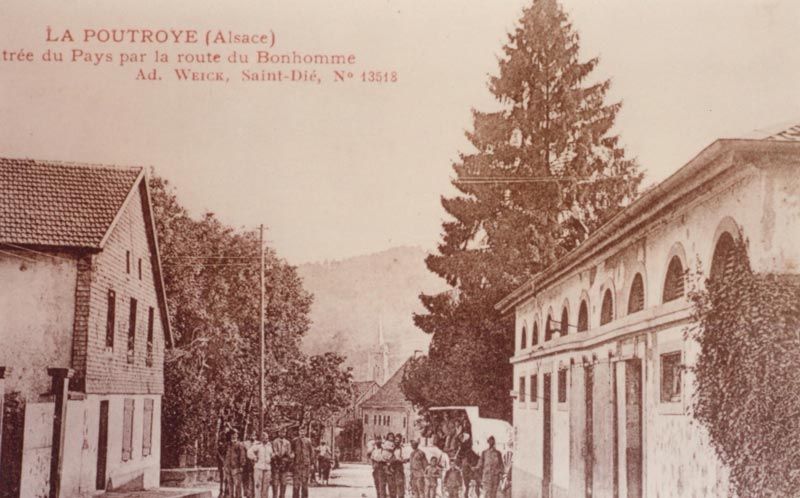 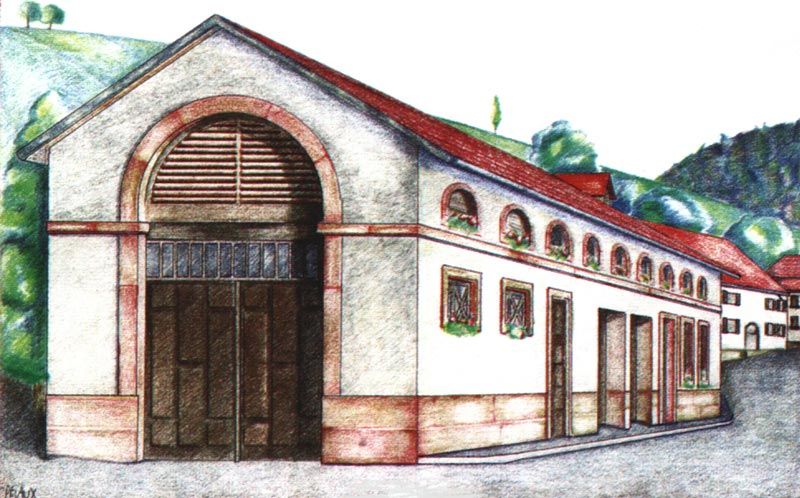 The still is at the origin of brandies and liqueurs. Impressive with its gleaming copper walls, it is also impressive by the diversity of its shapes throughout the regions and time. Among the acquisitions of the museum you will find a secretly made home-made device that was seized and pierced by the administration.

What is the origin of the still?

Some caves have a ceiling so low that people have to be laying on their back to notice, aside from the cave paintings, surfaces smoothed by the repeated passing of tongues licking condensation steams which raised above reserves of fruits or roots: the first natural still!

Later, vases which could contain 35L were retrieved by archeologists and they are considered to be stills. They were found in the North of Iraq and date back to 3500 years. 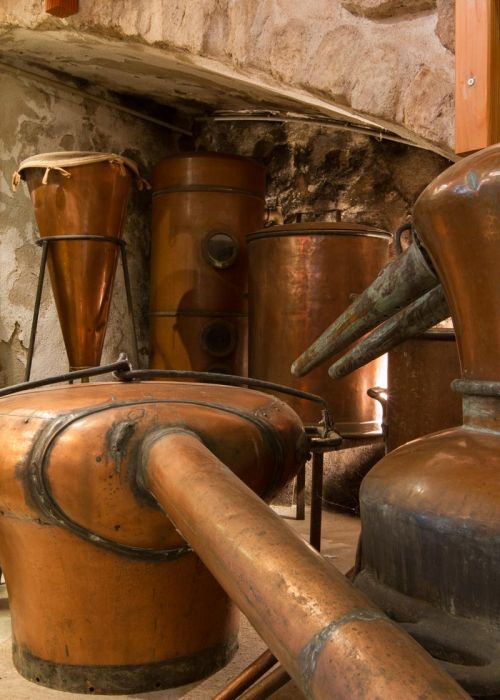 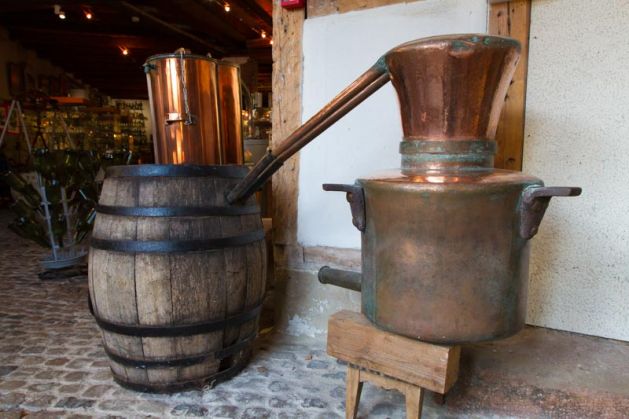 The home-distiller was a farmer with an orchard, he had the right to distill his own fruits and he benefited from a tax exemption of 10L of pure alcohol on which he didn't pay taxes: it was "the privilege of the distiller". The tax exemption was blocked in 1954, it meant that those who benefited from it kept it as a granted right, but the heirs or the new distillers don't have this tax exemption anymore. They can distill but they must pay the taxes on alcohol.

Generally, distillers had their production distilled by a traveling distiller or in a public workshop. Here, in Lapoutroie, the home-distillers were allowed to have their stills at home, in their farm. There are still around 80 stills in the village today.

The fermented or macerated fruits are distilled in copper stills in order to produce brandy. The functioning of a still is very simple. The fruits are pumped in the copper vat and heated. These fermented or macerated fruits contain alcohol. But the property of brandy is to evaporate faster than water, in other words before the temperature reaches 100°C, the brandy evaporates and rises in the still.

The steams of alcohol rise in the upper part of the still called the “capital”, then go through the pipe called “swan neck”. Inside the cooler the copper pipe continues its way in a coil shape. The steams of alcohol condense in contact with the cold walls of the coil and form little drops of alcohol (it is the same principle when water vapors form condensation on windows in the winter). The drops of alcohol flow in the coil until they get out from the pipe, at the bottom of the cooler where we retrieve the brandy in a barrel.

Insofar as brandy is the result of the condensation of steams (a gas), the brandy is always colorless, transparent. These brandies are called white brandies. 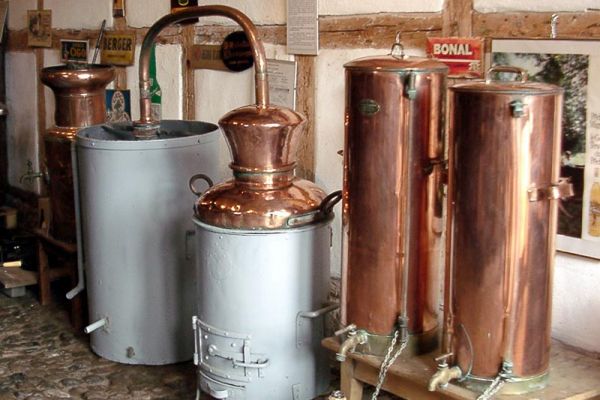 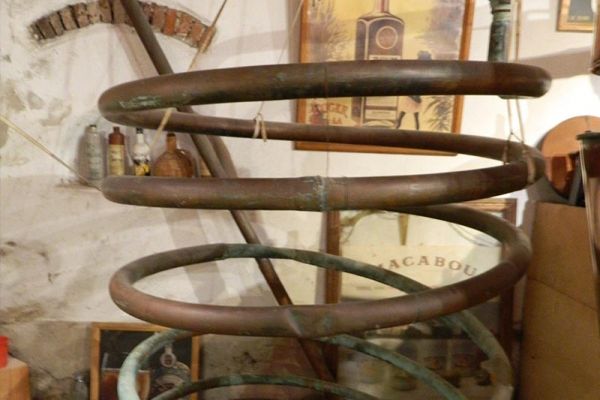 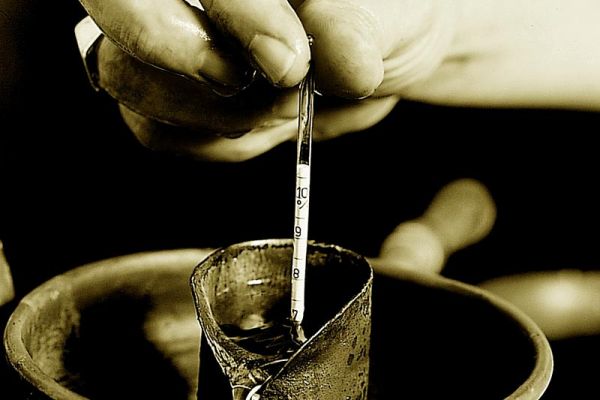 Selection of the heart of the distillation:

The distiller is always measuring the percentage of alcohol during the day of distillation in order to select the “heart” of the brandy.

The liquids which flow first are the most volatile alcohols. These alcohols don’t have any interest for the distillation because they don’t contain the good taste of the fruit, they are called the “heads” of distillation. They are placed in a barrel that is put aside.

The liquid which flows after is less volatile but most importantly contains the good taste of the fruit. It is the “heart” of the distillation. It is only this little part which is kept and put to age, then later enjoyed during the tasting!

The part which flows last corresponds to the heaviest alcohols, called the “tails” of distillation. They are also put aside.

Before being a beverage, the absinth is a perennial plant of Artemisia vulgaris family: the wormwood. Its foliage is characterized by very jagged silver leaves. During the summer, little flowers appear. It is during this period that we harvest it. There are different types of wormwood (called WERMUT in German, hence the Vermouth) : Artemisia Absinthum (the most common), Artemisia Pontica, Artemisia Camphorata, etc…

History of the absinth:

Before becoming a very coveted aperitif, the absinth was used in therapeutics. It is in Couvet, little Swiss village that everything started… Then progressively, in Switzerland and in France, in Pontarlier and Fougerolles in France, the distilleries multiplied.

That’s how the years of glory of the “Green fairy” began. First known as the beverage which gave inspiration to painters and poets (Van Gogh, Toulouse-Lautrec, Gauguin, Verlaine, Rimbaud…) it became a very popular drink, particularly at a time when wine was rare because of an epidemic of Phylloxera in France. The consumption in the colonies was also important.

But the success of the absinth caused its downfall and the Green fairy became the “Green peril”. The absinth disturbed because it was associated to alcoholism, qualified by the medical academy of “absinthism”. It was said that the Green fairy drove people mad. It was banned in 1915 in France and in most other countries.

In 1922, the aniseed beverages with a low percentage of alcohol were authorized, then in 1951, the degree of commercialization was definitively set to 45% Vol.

Taking back our old recipe books that were displayed in the museum, we took the fabrication up again and created our absinth that we baptized: “Libertine”. We planted young plants of wormwood and they are now harvested every summer, before the drying and the distillation. 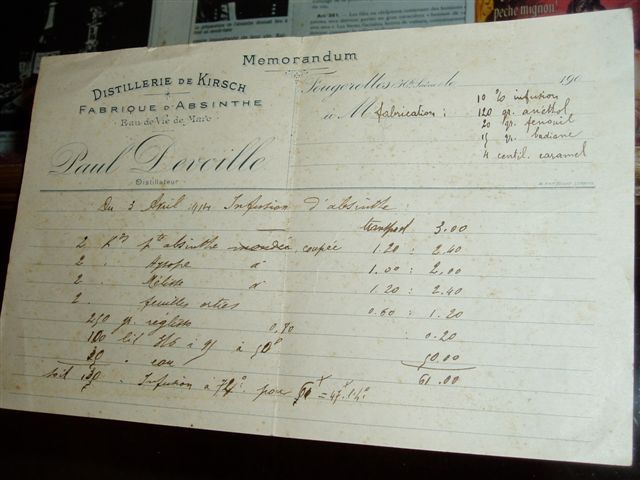 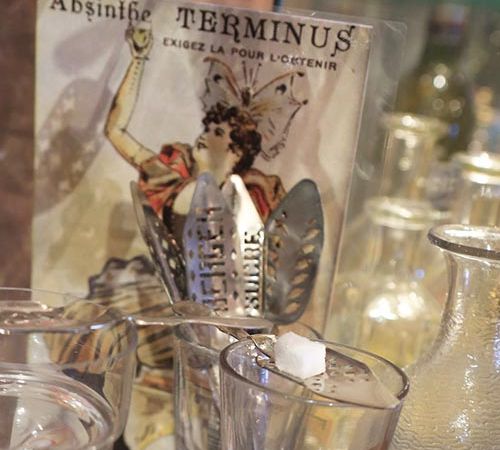 How to enjoy an absinth?

As in the 19th century, the absinth isn’t drunk pure. For the preparation of the absinth, we pour a little bit of absinth in the glass. We set a pierced spoon on the glass, then a sugar on the spoon. We pour iced water very slowly on the sugar. The sugar will become soaked with water, then will slowly disappear. Then the sugary water goes through the holes in the spoon and can mix with the absinth.